We were delighted to welcome Prof. Gillian Triggs to our Melbourne Office recently.

Following her recent position as the Human Rights Commissioner, Prof. Triggs will again be working with Stephen Davis on new international law work for our clients.

Stephen and Prof. Triggs have previously worked on a range of international law projects when Stephen was at King & Wood Mallesons

Many thanks to all for your support of Davis Advisory in 2018.

It has been a great year and we are looking forward to 2019!

From all of us at Davis Advisory, we wish you a joyous and safe Festive Season and a Happy New Year!

We congratulate Stephen Davis for being recognised again this year as a top Australian lawyer in his field.

The Australian Financial Review in conjunction with the US Publication, Best Lawyers, released today the list of Australia’s Best Lawyers and Stephen was listed in two categories for Government Practice and Planning and Environmental Law.

This reflects the great team we have in place to support Stephen as the firm continues to grow in its 6th year of practice, offering leading Australian and multi-national clients its unique problem solving approach to legal, regulatory and commercial issues in the areas of planning, environment, property, project approvals and health safety.

For a boutique firm we continue to punch well above our weight and we thank our loyal clients for their continued support.

Davis Advisory offers individuals an opportunity to thrive in a unique approach in law.  Davis Advisory is continually seeking exceptional candidates to join its team. If you have a strong work ethic, exceptional interpersonal skills we would like to hear from you.

We are regularly open for applications for as follows:

Details can be sent to: reception@davisadvisory.com.au 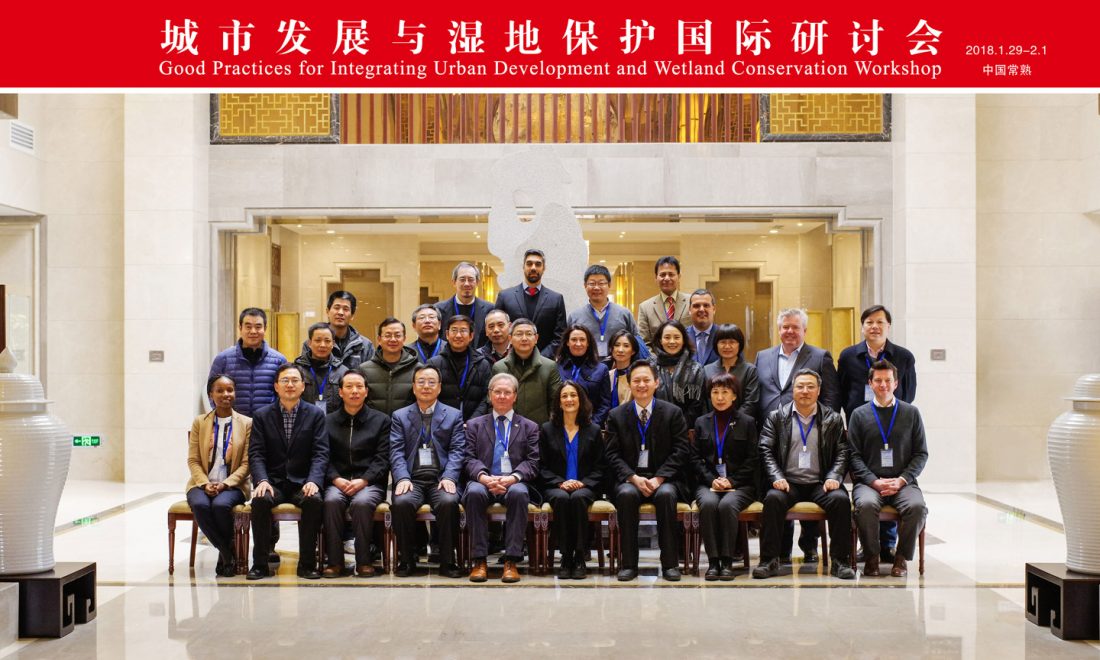 To China and back again…

It was with great pleasure that Stephen Davis was invited to speak at a conference in Changshu, China during January. This conference explored, through workshops and lectures the importance of “Good practices for Integrating Urban Development and Wetland Conservation”. Expanding on this the workshops provided great insight into the effects of development in urban wetlands, which in the past has led to these wetlands being left degraded and damaged. However, new technologies and recognition of the value of wetlands has seen some exciting initiative for developing sustainable in wetland areas.

It was a great honour to be invited by the Nanjing University Ecological Research Institute of Changsu to be a part of such an the workshops and we look forward to further partnerships with the university in the future. 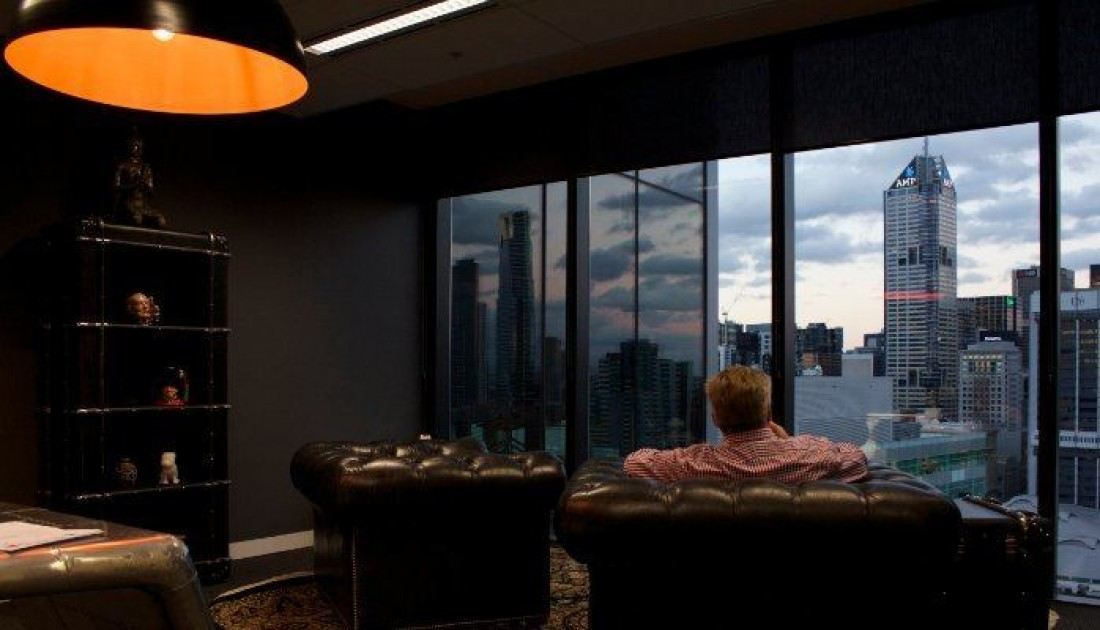 After many months of fit-out works and much anticipation, it gives me great pleasure to announce the opening of our new office at 727 Collins St, Docklands. Our move marks the beginning of the next chapter for Davis Advisory as we move into our 3rd year of practice. At Collins Square we will join Marsh Mercer, the Commonwealth Bank, Transurban and soon KPMG and Maddocks.

The move to Collins Square was brought about by the firm’s continued growth over these past years and the arrival of two new partners, Catie Moore (from K&L Gates) and Meriel Rule (from Wesfarmers). However, I will be speaking more about Meriel’s arrival in a separate update.

The fit out, led by our COO Caroline Tanas, has moved against the trend of an open-plan office environment. The feedback we received from the team was that they wanted to return to a traditional-style office environment, where they were able to work quietly and more efficiently in their own space and yet also have open telephone conversations. This came about after working in open-plan environments at other top-tier firms and larger corporations.

A key element of our new office is its central communal area, which has a hot desk for clients and staff to use. There is also a traditional boardroom and a presentation suite, where we can present clients with our strategy on current issues in a theatre-style environment, rather than over a boardroom table. For lovers of Boston Legal, we couldn’t help but include two leather armchairs that overlook the city. I look forward to sharing this space and having great conversations with many of you in the times ahead. We are thrilled to be a part of the Collins Square development which, when completed, will be the largest commercial precinct in Australia and a great hub for commerce and entertaining.

Thank you to Caroline and her fit-out team, and to the Walker Corporation team who have proved to be a fantastic new landlord thus far. I look forward to showing clients through this space in the coming months. 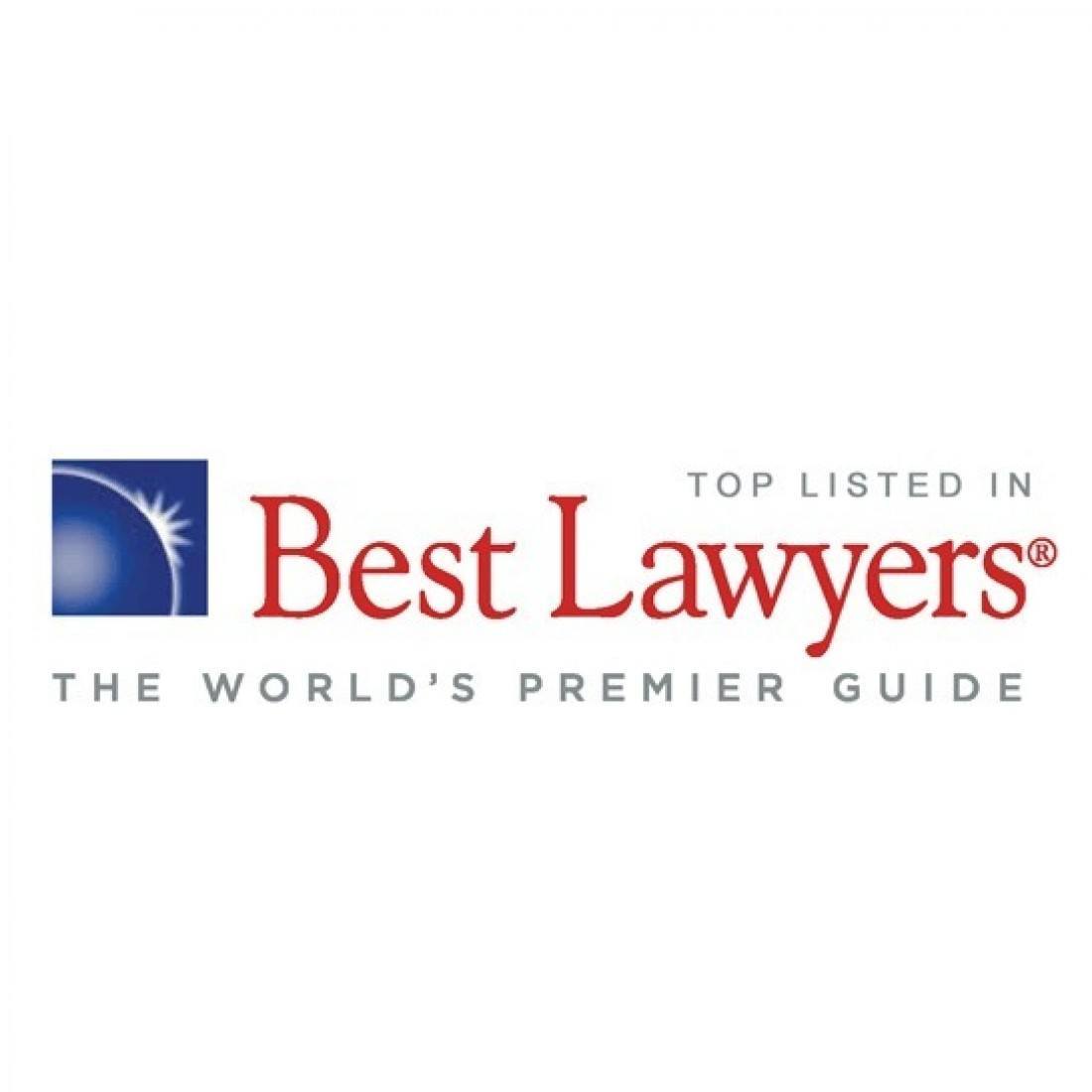 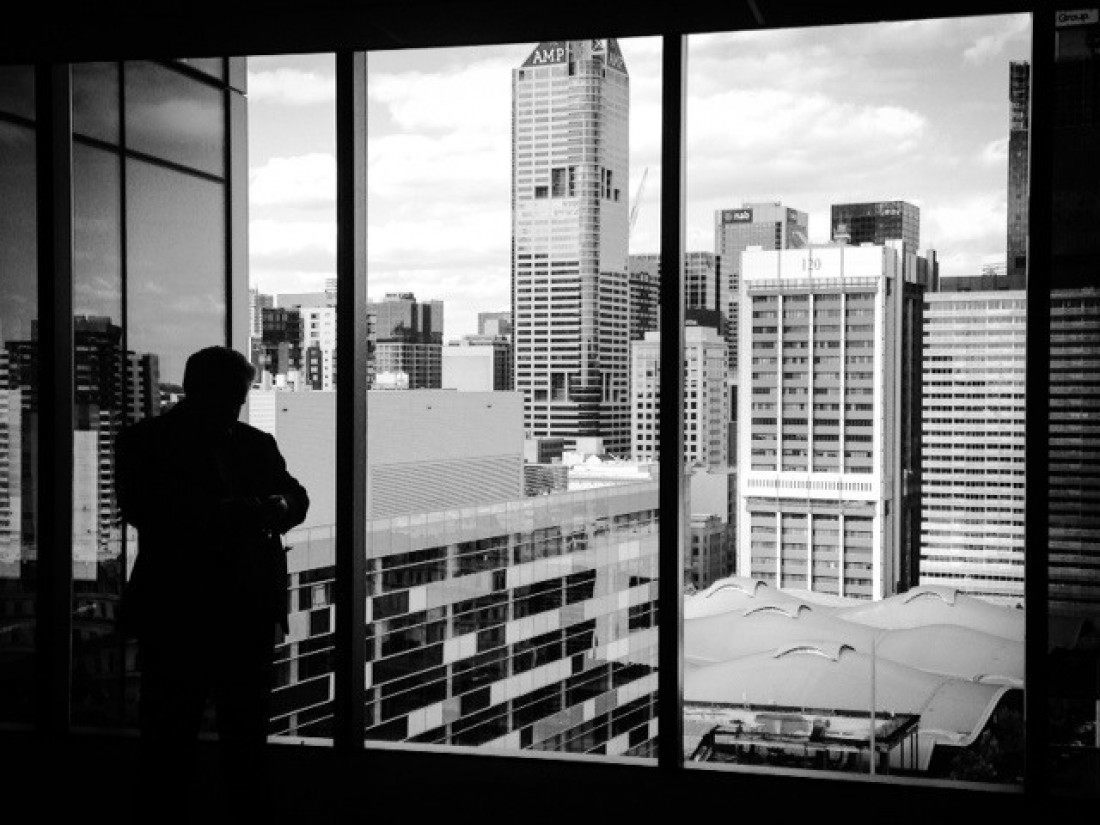 I am pleased to announce that as of 1 March 2015 Davis Advisory will be moving its head office to new premises at 727 Collins St, Melbourne. We have just completed negotiations with Walker Corporation to move into brand new premises on level 21 of their $2BN Collins Square development. The Collins Square project is the largest of its kind currently under development in Australia and integrates 5 commercial towers, retail, public and civic spaces into one precinct.

It provides a great new platform for our continued development and further room to grow. It offers a great space for the team to work in a collaborative way but also to enjoy the balance of great sporting, restaurants and retail access. Being on Collins Street provides us with continued access to the city area for client meetings and yet it is exciting to be part of the amazing shift of the larger corporates down to the Docklands area. We will be sharing the new tower with Marsh Mercer, Commonwealth Bank and Transurban. KPMG and Maddocks move into the next tower in mid 2016. We look forward to our clients and colleagues visiting us in our new office in early 2015. 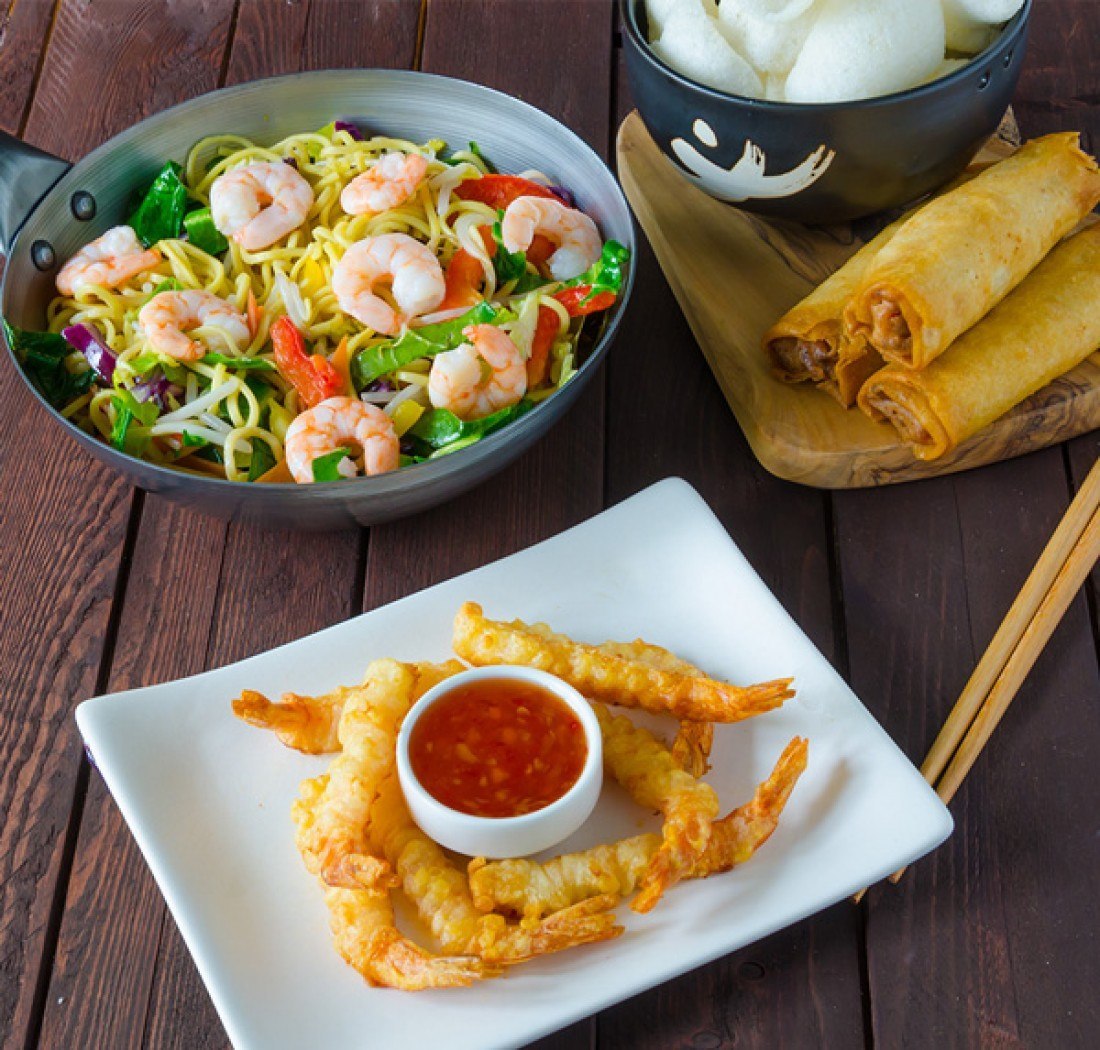 Davis Advisory lawyers was recently asked to contribute to the Asian Food Regulation Information Service Newsletter. The following article appeared in Vol 4 Issue 9 on 24 May 2014.

Regulatory update: CoOL again under the spotlight in Australia.

The Davis Advisory Food & Wine Team has extensive expertise in Australia and throughout Asia assisting clients with solutions to commercial, legal and regulatory issues relating to food standards, import and export, trade marks, commercial arrangements and environmental management. Please visit our website contact us page for details of our offices around Australia or Ho Chi Minh City, Jakarta, Bangkok and Singapore.

While Australia’s federal parliament has a fondness for inquiries into Country of Origin Labelling (CoOL), its record on substantive legislative action is somewhat less willing. But with the minority partners in Australia’s ruling Liberal National Coalition government pushing for reform it seems increasingly likely that substantive changes to CoOL are on the agenda. This article summarises Australia’s current CoOL regime and why it remains in the spotlight for reform.

CoOL is required for most foods in Australia under the Australia New Zealand Food Standards Code, which is regulated by Food Standards Australia New Zealand (‘FSANZ’). In addition to the Code, the Imported Food Control Act 1992 legislates the compliance of imported food with Australia’s public health, safety and food standards. More generally, imports are also regulated under the Commerce (Trade Descriptions) Act 1905 and the Commerce (Imports) Regulations 1940. On top of these statutes and regulations are the provisions of the Australian Consumer Law (ACL) in the Competition and Consumer Act 2010, particularly the country of origin ‘safe harbour’ provisions under s. 255 of the ACL. The ACL is regulated by Australia’s competition regulator, the Australian Competition and Consumer Commission (ACCC).

The ACCC issues guidelines to businesses on how safe harbour CoOL claims can be made without attracting adverse attention from the regulator. The most recent guide, released last month, recommends the following CoOL claims:

It is this last claim which has generated the most controversy. It is the source of the most complaints to the ACCC, and the ambiguity around its meaning is one of the drivers of the current inquiry.

Surveys have consistently shown that food origin labelling is a priority concern for Australian consumers. In 2012 consumer advocate CHOICE found that 84% of survey respondents said it was either crucial or very important to know if food was grown in Australia, while 80% said it was crucial or very important to know if food was manufactured in Australia.  Whether intent translates into purchasing behavior is another matter, but what isn’t in doubt is widespread consumer confusion with Australia’s current CoOL regime. CHOICE also found that only 12% of those surveyed understood the meaning of  “Made in Australia”, 8% understood “Australian Grown” and just 3% “Made in Australia from local and imported ingredients”.

Australian manufacturers such as SPC Ardmona, Simplot and McCain have blamedthe steady rise of cheap imported products together with confusing country-of-origin labelling as key factors affecting their market share and profitability. But with successive Australian governments committed to reducing trade barriers and promoting free trade, Australian manufacturers will continue to face competition from cheaper imports. CoOL is one of the few tools they can use to market their products to price-conscious Australian consumers. So tensions have risen as companies attempt to balance price with patriotism against a backdrop of falling profits.

In response to this increasingly fraught environment, Australian politicians of different political stripes have launched a number of inquiries and commissioned reports. In 2011 the centre-left Labor government commissioned an independent panel headed up by former Labor minister Dr Neal Blewett. The panel recommended a simplification of the CoOL regime to make it more consumer-friendly. This recommendation wasrejected by the government on the grounds that it would be too costly for business to implement, and no legislative changes were forthcoming.

Then in August 2012 a Senate inquiry into Australia’s food processing sector criticized the government’s response to the Blewett report and recommended a simplified CoOL regime. The left-leaning Greens party followed up by introducing the Competition and Consumer Amendment (Australian Food Labelling) Bill 2012 (No. 2). A government controlled Senate inquiry into this bill rejected the proposed amendments. Then in May 2013 the Greens party introduced the Competition and Consumer Amendment (Australian Country of Origin Food Labelling) Bill in part to address the shortcomings identified by the Senate inquiry. The bill lapsed due to the federal election.

The election of the centre-right Liberal National government has seen CoOL back on the agenda. In March the new Minister for Agriculture, Barnaby Joyce, and the Minister for Industry, Ian MacFarlane, asked the House Standing Committee on Agriculture and Industry to inquire on Australia’s country of origin food labelling regime. Minister Joyce is a long time advocate for simplified CoOL rules, but interestingly maintains a ‘small government’ approach to other labelling reforms, describing advocates of traffic light nutrition information labelling as the ‘nanny state brigade’.

The Committee membership consists of Labor and Liberal National members. There are no Greens or independents on the committee with the exception of independent rural MP Cath McGowan. As such it is difficult to predict the outcome of the inquiry, other than to note that Minister Joyce is not bound to implement the recommendations of the committee. But while the outcome of the report cannot be predicted, one can safely say that it won’t be the end of CoOL as an issue in Australian politics.

Davis Advisory has assisted BlueScope Steel on its acquisition of Fletcher Building’s Pacific Steel operation. BlueScope purchased Pacific Steel’s downstream long-products rolling and marketing operations for NZ$60 million plus working capital. The deal had been subject to Commerce Commission approval, which was granted on 16 April.

This strategic purchase helps sustain New Zealand’s steel industry while providing BlueScope with the opportunity to leverage its low cost iron sands and better serve its customers with a full range of long products. The transaction is expected to achieve an EBIT pay-back within three years.

The outcome of this deal again underlines the successful solutions-based approach that Davis Advisory takes when helping its clients. Davis Advisory congratulates BlueScope on its purchase.